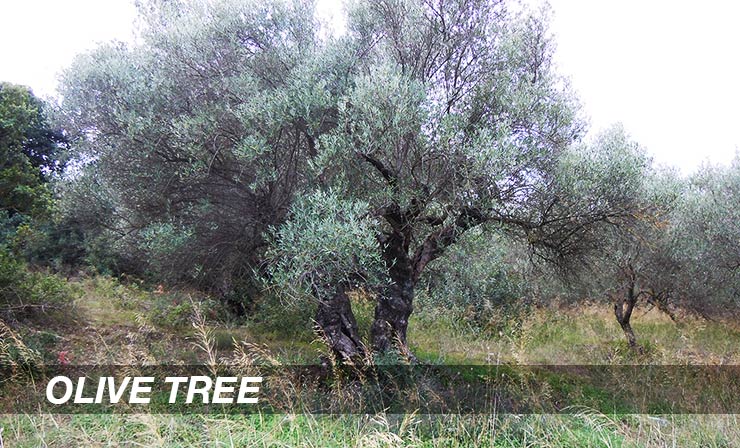 Since the antiquity the olive tree was considered a sacred tree in Greece. Goddess Athena made a wreath for the victors which was tied from the olive tree branches in the Olympic Games. In Christianity an olive branch in the beak of a dove is a symbol of peace. In Homer's texts, in the Koran and the Bible, there are many references to the particularity of the olive tree, its fruits, and the oil.

Despite the fact that the olive tree grows slowly, there are many several hundred year old trees in places such as the island of Crete and Spain. The olive tree is an evergreen plant that grows and thrives around the Mediterranean and in areas without extreme climatic conditions. Heat does not do much damage to the plant but frost, especially in cold winters not only reduces the yield but also endangers the tree.

When seedlings are introduced, it takes a long time (7 years) until the first yield in the form of olives is available to a considerable extent. The most profitable time begins approximately 20 years after the time of planting. Depending on the location, the harvest time ranges from October to March and is determined by the color of the fruits. When the green of the olive becomes violet almost black, the time of harvesting is reached.

An olive tree carries on average about 60 kg of olives per year. From this, about 5-10 liters of olive oil can be pressed. The harvesting season/year, the climatic conditions, as well as the cultivating, fostering and caring of the farmer all play an important role in the oil quantity.